The biomechanics of horse part II. 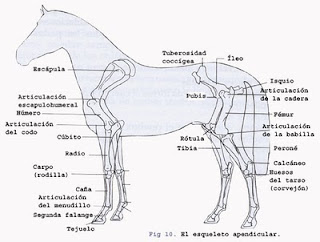 The trot has two times in four phases with phase airborne. In the original trot, the diagonal pair of limbs in suspension shows a parallel between the rod of the back leg and forearm of the diagonal front hand. This parallelism - among other things - is characteristic of a horse that moves across the back. As in the passage, also in the long trot back muscles working consecutively on each side. A tension-free dorsal musculature allows the lumbar and abdominal musculature on the same side stretch the back leg on the same side under the body and thus ensure a preview of the hind legs according to what is specific to each footwork.

The movement - similar to an accordion - the ribs of the horse shows the abdominal muscle function. In the contraction phase of the rear leg is stretched hand under his body. In gallop is almost simultaneous on both sides and move across the hip.
The movement of the ribs makes it clear that the abdominal muscle is a muscle movement.
Also on the trot a long line of the upper neck with an open angle of the neck is a crucial prerequisite for maintaining a free and natural development of the movement. In a proper training takes into account basic principles such as rhythm, suppleness and contact.
Contact - the third point on the scale of training according to the teaching classical riding - is the result of a sensitive horse that seeks the hand of the rider. This support is only feasible when the back - on his property in central movement - let flow with elasticity and tension-free motion of the hind legs. Only one horse that develops its drive back to front and allows the rider is seated elastically leads to the result of a high quality contact.
A four year old horse should have a working trot and stress free. Your contact will still not constant and sometimes your head can go behind the hand. However you can clearly see that the horse seeks the contact and of itself accepts the hand (brake). A stress-free riding can be recognized specifically by the tail which is carried with a slight tilt freely.
The tail carried loosely with oscillating movements is a great indicator to judge the ease and relaxation of a horse. The tail represents the visible part of the spine and this subject - like other parts of the spine - a native muscle, muscles controlled by the spinal cord. The horse can not consciously control this muscle and thus the position of the tail shows beautifully voltage states - also negative voltage - in the back of a horse. Then, the tail is an important indicator for the rider if the horse is relaxed or not.

The analysis of the trot and the behavior of the tail are clearly relaxed the top line, not as a negative voltage is given in the horse in position relative rise. A quality criterion of a well trained horse is a relaxed back only shows the horse that moves across the back.

In all active pressure air with a mechanical horse has armed - through the stress that is caused in the back - a reduction of the thrust of the hind legs. This chilling effect arises because of the biomechanical relationship of the muscles with long dorsal muscles of the haunch and the ischium. Therefore a negative voltage of the back muscles is transmitted through the chain of backward muscles and stops the momentum of the back leg moves forward. This distorts the parallelism of the legs and the horse is based more in the forelimbs.

The passage trotting horse in competitions usually gets lots of applause, however, can only develop with a corresponding strain on the back. Another negative effect of a strained back muscle is that the rider has difficulty sitting in the trot and also nearly all the problems with the contact as "go against the hand," "go behind the hand", "ignore rein "," gnashing teeth "and all the usual problems with the language. In the modern sport these movements are used to create tension-filled air exaggerated.

The trot spectacular passage can be achieved only through a strained back. It is incomprehensible that today many equestrian events - even in the highest levels - these movements detrimental to the health of the horse are those who receive the highest scores and most enthusiastic applause.

A few years ago, Colonel Albrecht said that today's competitions was closer to a show and unfortunately the horses are forced - often with aid that do not correspond to their nature - to pull their legs up, and not can and let the energy flow of movement through his back with thereby encouraging the natural movement of the horse, a horse to make it more beautiful and healthier. If you leave this way the horse bit and has nothing to do with classical training.

With a further strengthening of the horse's back, over time you can go to develop the momentum in the well-trained horse. If you miss the biggest boost is cut the flow of movement in the back. Our horse here only shows evidence of negative consequences.

When cutting the flow of movement in a horse comes back leg and moved to losing the momentum from the hind legs. In the Passage, this results in a lower stature and extended trot in a significant loss of amplitude.

The passage in suspension is developed from a strained central movement, while the momentum developed from the hind legs and is carried forward through a relaxed and flexible body. It is important to remove this misunderstanding.

The corresponding biomechanical analysis shows that the circle has been destroyed characteristic that describes the helmet on the trot, as well as the parallelism of the legs in the air at all the different types of jogging. 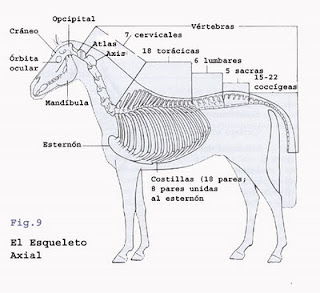 In most horses, the spectacular development of movements is only possible basis for greater tension, but with a dysfunctional tension, ie a tension which leads to the development of elasticity of movement. Today is generally used a method of training which places the head too high and the head-neck angle is too narrow. This long-term leads to a hardening of the back and sinking it.

Especially in the way and lifting hyperflexion (head) is active and prevents the free movement of subsequent progress. Since the late 19th century, Holläufer, called this form of displacement as "horse moved to leg strength."

It really needs a brave, sovereign court order to make unpopular decisions - especially when dealing with known and famous riders.

In the middle of last century requires Erich Glahn, "is the honorable task of a judge to distinguish the horses" moved by force of limb of the horse whose movements flowing through the back. A horse leg moved to force should never get even a mention. The score should be given to horses that move through the back and the highest score according to the technical capacity of the presentation "

Lack of institution that could hinder this development. Currently the market to define - unless it severely violates the Law on Protection of Animals - and here precisely is the problem of verifying the injury.

Another training method often used is to put the horses too low in the head-neck axis. In the last consequence this method leads to a winding end. The FEI calls this method as "hyperflexion". This method produces excessive static tension in the system of the upper neck, back, gets up extremely and articulation of the lumbar spine and sacrum (union between the lumbar spine and sacrum) is on straight. These horses lose the progress of the post due to an exaggerated back tonnage and the consequent strain on the back muscles, the haunch and esquion. In both methods it is impossible to achieve a real meeting with flexion of the joints right back.

I remember an incident during a World Cup final: Stewards where he wanted to explain to a rider that it is forbidden to ride a horse in a position so low head-neck with his hand so hard. Finally the coach's response was that in the end both had traveled thousands of miles to hear such a comment. Thus ended the story.

Now, if a rider comes with a horse that shows these faults in touch and get a low score has done everything that allows the regulation. Only if a horse with obvious errors in his presentation received a good punctuation above - then all the good work has no value.

I hope this article will be useful and make them reflect on current training techniques in the next article I will discuss the biomechanics in the gallop.

Clarifications on the English text,


Friends I have difficulty in translating the technical language in my language to English, apologize if it is well translated, I wanted to explain that when I speak of the passage or the passage trot here, I mean the passage as an exercise in itself, I mean forced to trot slows their movements by a kind of passage in extending his hands forward of the horse.

The exercise called passage I practice with my horse trying to flow up without tension in the mouth or on the back, it only gets slowing the movement of the horse with your seat and not with the exaggerated application of our hand and leg. It is a difficult exercise that requires a lot of talent and sensitivity by the rider to not turn it into a torture for the horse. Remember friends, if there is tension and the horse gets hot, is that exercise is not being taught properly.

If you have any doubt regarding the correct execution of the passage and Piaf do not hesitate to ask by mail and I will give some useful advice, I also clinicks and kickoff on the subject.
Publicado por J. Luis Mtnz Arquero en 7:46 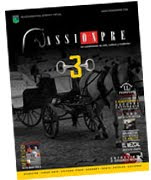 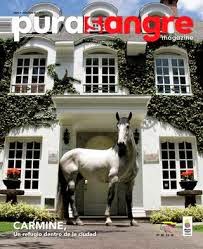